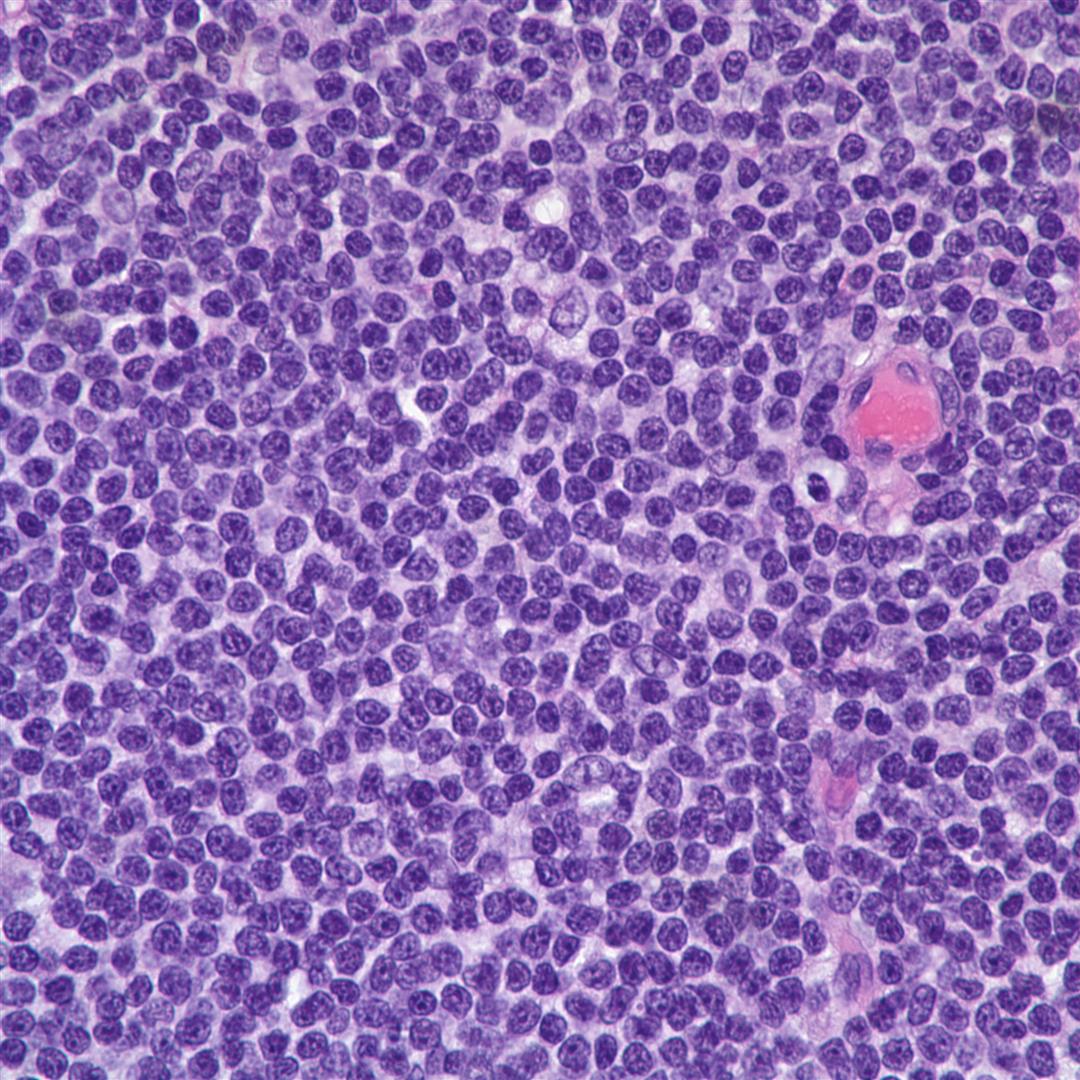 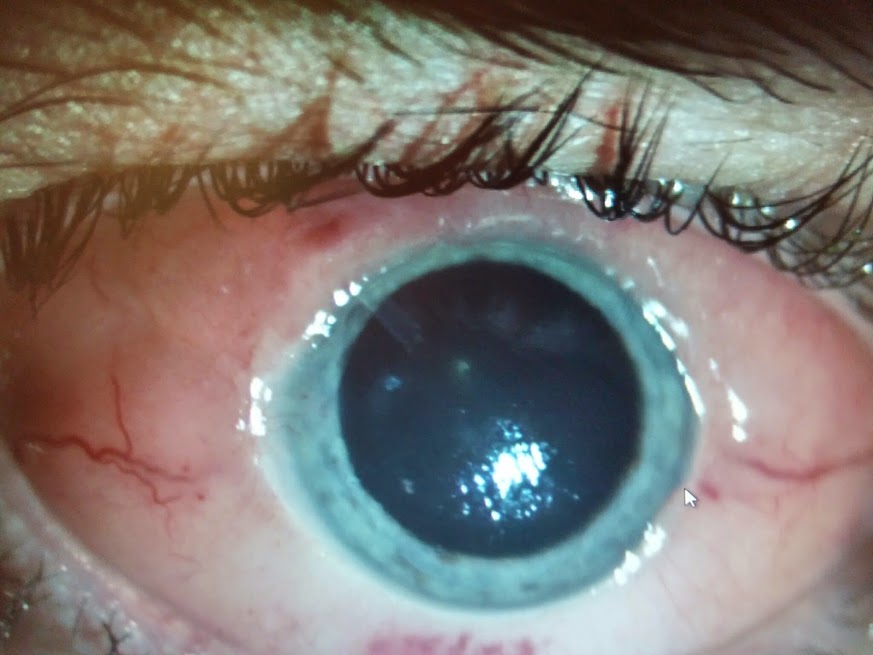 45 year old presented with a boggy conjunctiva (fIg 1) and diplopia. H/O intractable glaucoma in this eye x 2 years for which he was treated with AGV. Pt c/o that ever since he had the AGV , his eye has been getting worse even though the glaucoma itself was well controlled. Because of the unusual appearance of the conjunctiva, we took a biopsy (Fig 2).

What is the diagnosis and how do you manage this case?

MALT was coined in 1980s  to describe a characteristic arrangement of lymphoid tissue found in certain mucosal surfaces. Conjunctival MALT usually presents with mild symptoms of redness, irritation and photophobia.

Not known to recurr or disseminate after treatment

Our patient's lymphoma was found restricted to the eye and  did very well following radiation.