cherry red spot on the lid 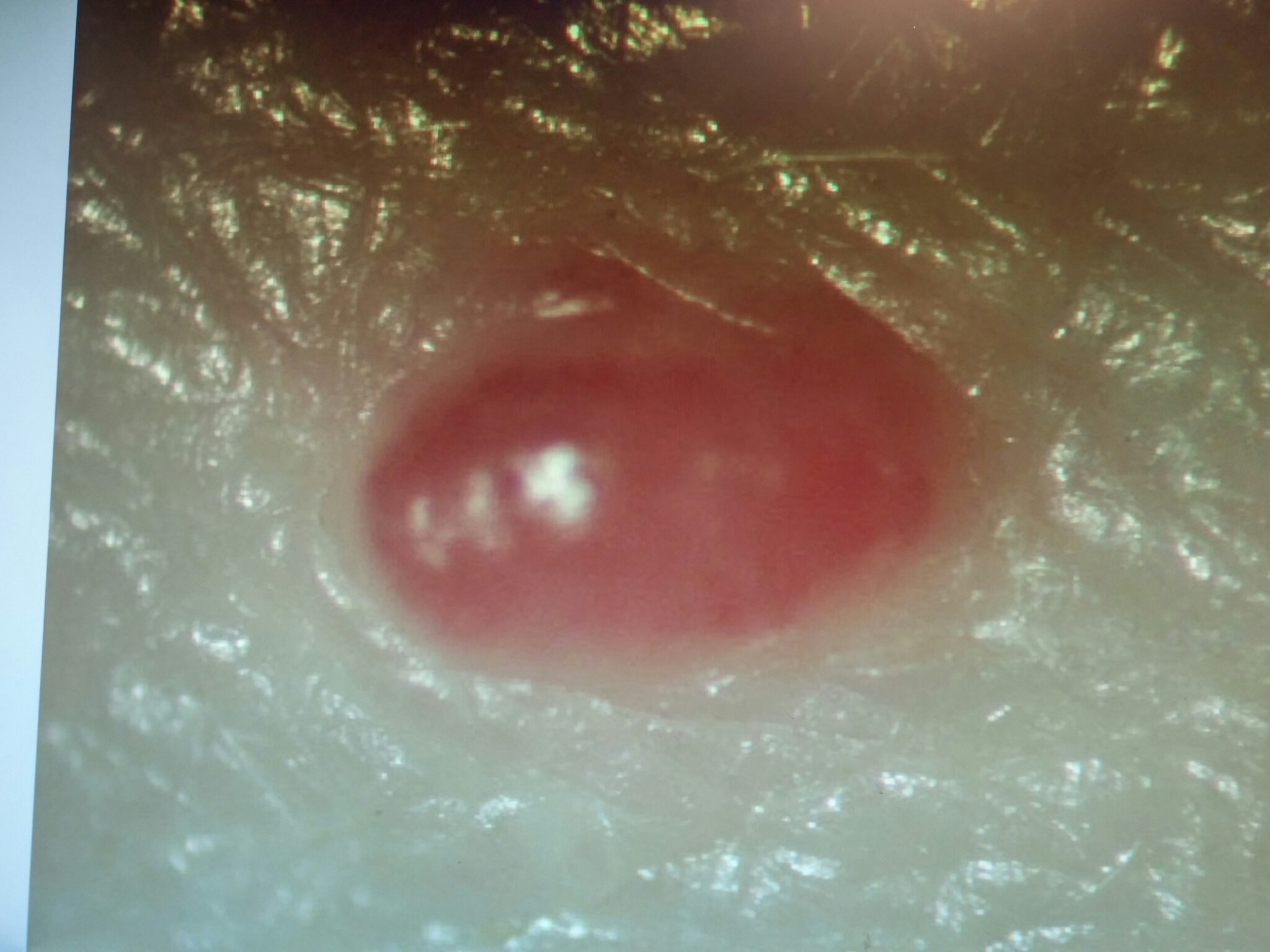 48 year old tennis player presents with h/o gradually increasing lum on the upper lid. What is the diagnosis and management?

Merkel cell carcinoma (MCC), sometimes referred to as a neuroendocrine carcinoma of the skin, arises from the uncontrolled growth of Merkel cells in the skin. It is a rare skin cancer with roughly 1500 cases per year in the United States, making it about 40 times less common than melanoma. MCC has the potential to be lethal, and thus prompt aggressive treatment is warranted.

It usually develops on sun-exposed skin (e.g., head, neck, arms) as a painless, firm, flesh-colored to red or blue bump.

The diagnosis of MCC is made with a skin biopsy, which is examined under the microscope. Special stains are used to distinguish MCC from other forms of cancer, such as small cell lung cancer (SCLC), lymphoma, and small cell melanoma. Each of these cancers has a unique profile as defined by special stains . MCC will stain for low molecular weight cytokeratins (CAM 5.2 or AE1/AE3), CK 20 and neuron-specific enolase