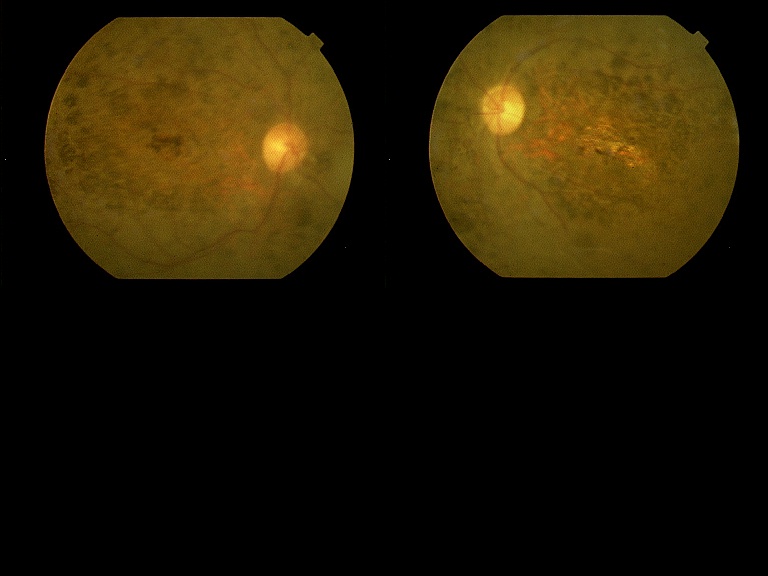 Describe the fundus findings in this patient with CFs vision OU. Name the systemic diseases associated with this condition